Will your CO2 emissions data be collected and reported to the government in the near future? A consumer rights group said that a new rule proposed by the U.S. Securities and Exchange Commission (SEC) would lay the groundwork for doing so.

“Scope 3 requires these companies to estimate the carbon output of the use of their product by the consumer, which means they’re going to have to go out into the field and talk to consumers,” Will Hild, executive director of Consumers’ Research, America’s oldest consumer protection organization, said in an interview with NTD’s “Fresh Look America” program on July 12.

“Let’s say you bought an internal combustion engine lawnmower. The lawn mower company will need to know how many times you mow your lawn. They’re going to have to go out and ask people that and research that. And so you could see how this starts to lay the groundwork for scoring actual individual people’s activities,” said Hild.

According to the Environmental Protection Agency’s GHG inventory guidance, Scope 3 has 15 categories such as “purchased goods and services,” “use of sold products,” “upstream and downstream transportation and distribution,” “employee commuting,” and more.

“I do think it’s a rather frightening development, especially to come out of that Securities Exchange Commission, which shouldn’t be involved in any of this, to be laying the groundwork for something like that, and for having companies try and track that,” said Hild.

For example, a car company might add a tracker to the car to know the monthly mileage, said Hild.

“It’s not that outlandish to think that in order to keep themselves safe from securities plaintiffs attorneys, they’re going to engage in almost levels of surveillance around the way that products are used,” said Hild. “So they can say with some level of certainty that their estimations of CO2 Scope 3 output are accurate.”

Hild said Consumers’ Research opposes the rule because it would hurt individual investors and consumers.

“This is a massive expense. It’s being added to the annual reporting requirements of publicly traded companies,” said Hild, noting the expense would reduce the returns of these companies, especially small-cap companies.

Hild said many companies looking to go public might be scared away because of the cost and go to a venture capitalist or a hedge fund for funding. That’s another harm to individual investors because they would lose opportunities. 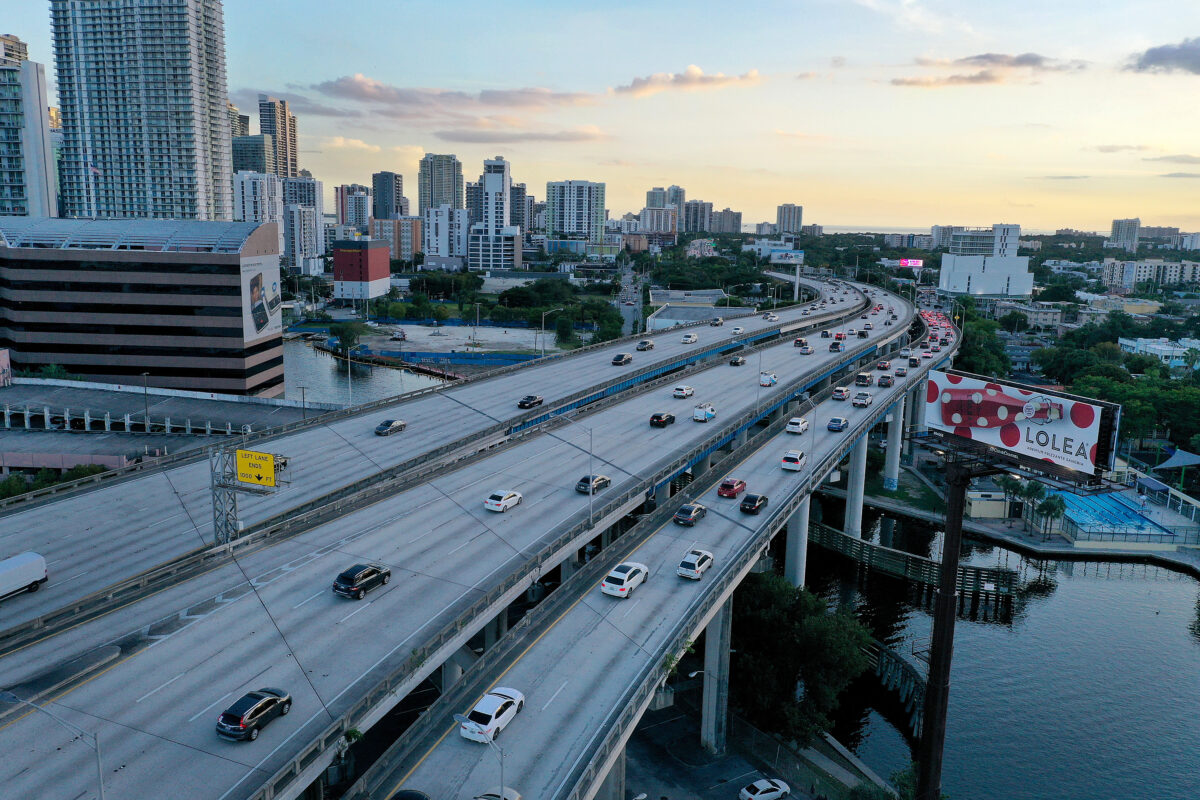 “So we think retail investors are hurt. But maybe more importantly, this is going to dramatically increase costs for consumers as they purchase products and services in the market,” said Hild. “Because it’s going to burden these companies with a regulatory burden. It’s also going to try to punish them for the supposed CO2 emissions of the products that they sell.”

The rule would also force public companies’ suppliers to provide all CO2 emissions-related information, even if they’re not publicly listed.

“It’s the SEC forcing effects onto companies that are not publicly traded, which is supposed to be outside the purview of the SEC. So this is a huge increase in the SEC’s effect on the markets, its effect on investors, and to reach into our daily lives,” said Hild.

ESG stands for Environmental, Social, and Governance. The ideas have become critical criteria for evaluating an enterprise’s long-term environmental, social, and governance risks. Hild said the proposed rule is an ESG-style policy and ESG scores are “similar” to China’s social credit scores.

China’s social credit system is notorious for quickly advancing from a banking and financial credit rating tool to a comprehensive government surveillance system.

Institutions and companies have developed different ESG rating systems to rank companies with ESG scores. But some experts have warned that personal ESG scores would soon follow. 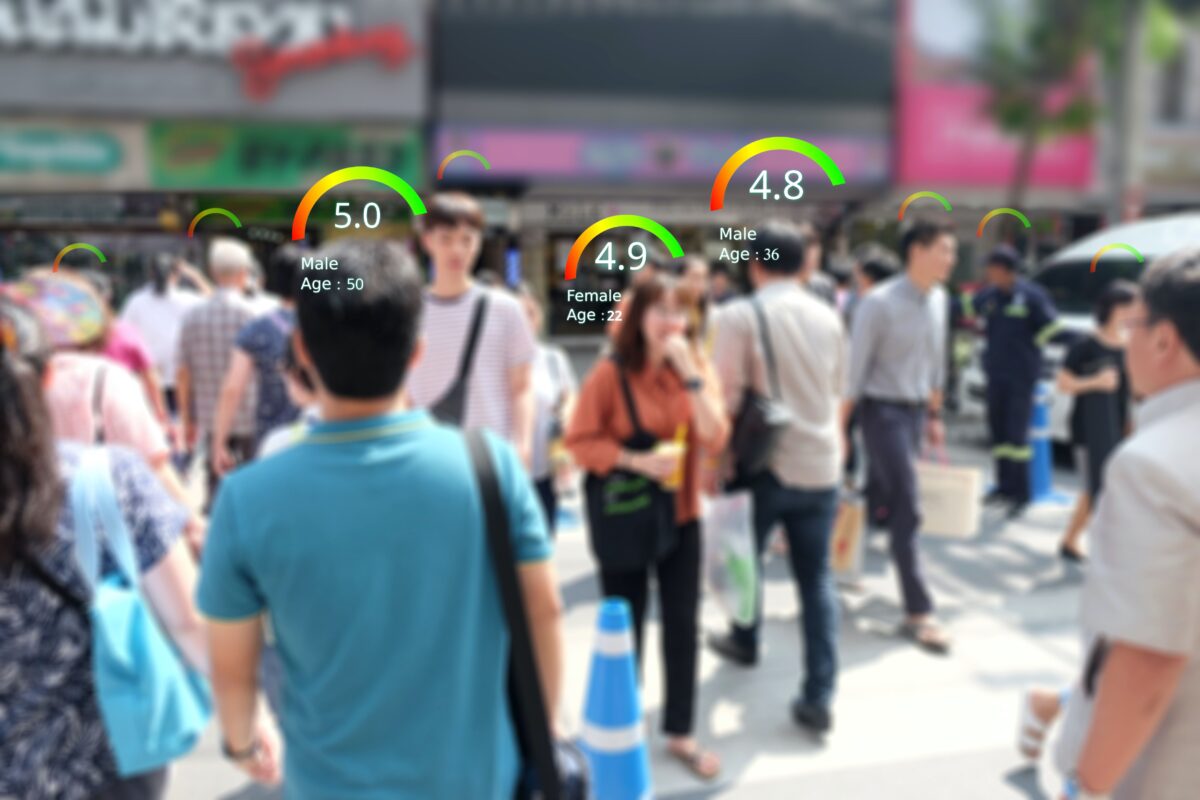 In December, Doug Craddock, a FICO analyst, predicted that in 2022 “there will be an increased focus on developing new data assets such as individual carbon profiles.” FICO is a consumer credit rating agency.

“Over the longer term, we expect that ESG and climate risk evaluations will become an integral element of credit risk and affordability assessments,” added Craddock.

“I think it is highly likely that within the next two years, you’re going to see financial institutions start to use a personalized social credit score of some kind to make decisions about things like your access to loans, your interest rate, or whether you’re eligible for insurance coverage,” said Justin Haskins, director at The Heartland Institute.

In March, Standard & Poors, one of the world’s top credit rating companies, announced that ESG scoring would be expanded beyond company ratings to include U.S. states.

“The term has no real definition,” said Hild. “You can pretty much grade companies any way you want.”

Hild said the radical left had pushed the rule.

“This is exclusively the domain of the progressive left, and really its most radical wing. It was pioneered by them,” said Hild. “If you look at the ESG metrics and their goals, they pretty much line up entirely with what the progressive wing of the Democratic Party would want.”

The SEC has received a significant amount of comments during the public comment period that ended last month. The SEC may take months to review the comments before announcing its final decision.

Environmental groups, some government agencies, Democratic senators and House representatives, and some Democratic governors strongly support the rule. Sen. Elizabeth Warren (D-Mass.) asked the SEC to adopt it “as proposed” in a co-signed letter to SEC Chair Gary Gensler on June 17.

On the other hand, dozens of GOP senators, over 100 GOP House members, and dozens of GOP governors voiced their “significant concern” over the proposed rule, asking the agency to rescind the rule immediately.

“This sweeping, close to 500-page proposed rule is unnecessary and inappropriate, exceeds the SEC’s mission and expertise, will harm consumers, workers, and the entire U.S. economy at a time when energy prices are skyrocketing, and hijacks the democratic process in determining U.S. climate policy,” 12 GOP senators led by Sen. Pat Toomey (R-Pa.) said in a June 15 letter to Gensler (pdf).

West Virginia Attorney General Patrick Morrisey, who won the West Virginia v. Environmental Protection Agency case in the Supreme Court on June 30, sent in an additional comment (pdf) along with 23 state attorneys general on July 13, saying the high court confirmed in the case that “Congress—not a federal administrative agency—has the power to decide major issues of the day.” 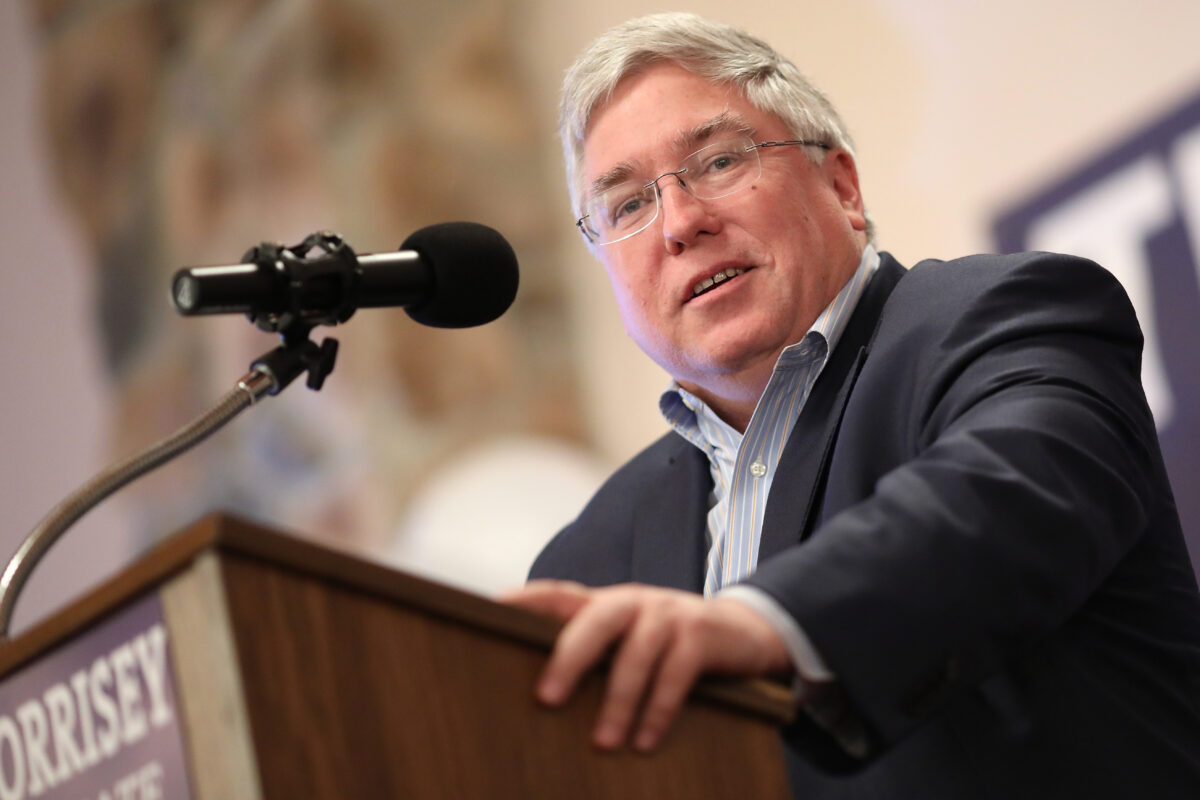 “If the Commission insists on taking the same inappropriate course, we will be ready to act once again. We urge you to save everyone years of strife by abandoning the Proposed Rule,” said the attorneys general. The 24 attorneys general sent in their initial comment on June 15 (pdf).

An SEC commissioner also disagrees with the rule.

Hester Peirce, a Trump appointee and the lone Republican commissioner currently serving on the SEC, voted against the rule in March and issued a statement. All three Democratic commissioners voted for it.

“Let us be honest about what this proposal is really trying to do. Although styled as a disclosure rule, the goal of this proposal—as with other climate disclosure efforts—is to direct capital to favored businesses and to advance favored political and social goals,” Peirce said in her statement.

The SEC hasn’t responded to a request for comment.

Kevin Stocklin contributed to this report.