This High Speed Rail (HSR) plan is part and parcel of the original Trans Texas Corridor (TTC) concept. While the backers promise no taxpayer money will be involved, TxDOT is already expending untold amounts of money and resources at it through developing a rail plan and various taxpayer-funded studies. Rick Perry also promised the TTC wouldn't use any taxpayer money, and more than $90 million was expended before it's 'official' repeal last year. But it's these HSR plans, along with other multi-modal links to inland ports, and major trade corridors like Interstate 69, where the TTC lives on under a different name.

Buyer beware! Texans didn't like a foreign company, Spain-based Cintra, controlling our infrastructure in these public private partnerships for the TTC, so the prospect of a Japanese company engaging in another public private partnership (PPP) for HSR, is no less controversial. PPPs are NOT private. The word public is in there for a reason, usually for taxpayer subsidies, eminent domain, non-compete clauses, fare or toll collection, and/or access to taxpayer-backed low interest loans. Naturally, as Cintra did, they hire some big local names, former politicians like Gary Fickes and Robert Eckels and they think it'll quell Texas' aversion to foreign-ownership of infrastructure. It's a states rights and state sovereignty issue that special interests and big business just fail to understand. 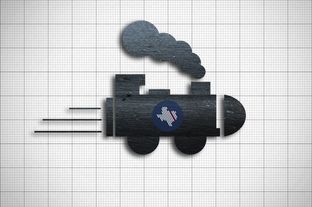 IRVING – The leaders of Texas Central High-Speed Railway sound very confident for a company expecting to succeed where scores of state planners, elected officials and private interests have failed.

The firm hopes to have bullet trains moving Texans at 205 miles per hour between Dallas-Fort Worth and Houston by 2020.

The bit that has raised eyebrows: The company plans to do it without seeking public financing.

“We are not the traditional state-run railroad,” Robert Eckels, the company's president and a former Harris County judge, said at a high-speed rail forum in Irving on Tuesday. “This is designed to be a profitable high-speed rail system that will serve the people of these two great cities and in between and, ultimately, the whole state of Texas.”

Backing the Texas-based company is a group led by Central Japan Railway Company, which handles more than 100 million passengers each year on its bullet trains in Japan.

“They’re spending real money on high-speed rail to try and get things done,” said Gary Fickes, chairman of the Texas High-Speed Rail and Train Corporation, a nonprofit coalition of public and private leaders that for years has been advocating for a high-speed rail system in Texas. “I think they’re the real deal.”

While the project is generating enthusiasm, Eckels acknowledged he’s also heard from plenty of skeptics who predict he will eventually ask for billions of dollars in public support. But Eckels said his investors would likely walk away from a project that couldn’t stand on its own.

“If we start taking the federal money, it takes twice as long, costs twice as much,” Eckels said. “My guess is we’d end up pulling the plug on it.”

Previous efforts to bring high-speed rail to Texas have crumbled amid quarrels about public financing and opposition from airlines and other groups. While even a privately funded project would have to work with federal, state and local agencies, the company's shunning of public money is drawing strong initial interest.

The relatively flat, sparsely populated land between North Texas and Houston makes the project more doable than similar plans that have been proposed in the Northeast or California, Eckels said. One approach that could reduce costs considerably is using existing rights of way for freight rail to build the new track. For the system to work, the high-speed trains would have to go over, under or around car and pedestrian traffic and couldn’t cross other tracks, Eckels said.

“This train doesn’t perform well if you have to stop it many times," Eckels said. "It works great if you stop it midway, maybe up at College Station, maybe a couple of other places.”

The company is advertising the project as a way to move passengers from North Texas to Houston in 90 minutes. Eckels said the trip could be significantly shorter once the trains are up and running.

After the DFW-Houston line is operational, a second phase would likely link Austin and San Antonio to the system with a route parallel to the I-35 corridor, Eckels said.

“I predict Texas will be the first state that has high-speed rail because it’s private-sector driven,” Fickes said.

At a day-long forum on the future of high-speed passenger rail in America, other attendees agreed that Texas was likely to be first out of the gate with a true high-speed rail system, often defined as one with trains that travel 185 miles per hour or faster.

During a presentation on the array of financial and regulatory hurdles blocking the success of high-speed rail in the country, Richard Arena with the Association for Public Transportation said Texas is a possible bright spot.

“You guys are not waiting for things to happen," Arena said. "You’re making it happen."

Arena said the state’s strong economy and growing population make high-speed rail a more likely proposition than in other regions. But he was highly skeptical that the rail project could come together without public funding.

“My numbers say it’s going to be a stretch,” Arena said. “There was a reason why all the passenger railroads went bankrupt 50 years ago. I just don’t know.”

Help us fight to preserve our rights and freedoms!

or donate by mail. We cannot do it without you!